Cover Up on Galveston? And FEMA Fucks Up Again

I evacuated from Houston before Hurricane Ike hit, and I've been watching my local news online ever since. Just saw a news conference with the Governor and Michael Chertoff and FEMA people, and the reporters and local politicians are raising hell. This is what I got out of it:

No one is allowed to fly over the west side of Galveston. The Governor won't say why but he says it's not his responsibility. The local investigative reporter for the station, who was on Galveston through the storm, said yesterday that he wasn't told officially, but the unofficial info he was given indicated that there's a huge number of deaths - he hinted that it's New Orleans all over again. I got the feeling that there's probably bodies floating everywhere. During the news conference, he was giving them hell about it, but they're not releasing any information yet.

FEMA told us the day before the storm that they had trucks in place outside the city full of ice, water, etc. As of right now, 3:30 Sunday, those trucks have not made any deliveries. They are sitting on the edge of town, burning diesel, but not delivering anything. A local senator or congressman, I didn't catch his name, is throwing fits because our first responders have no food or water. He threatened to "pound on" the head of FEMA.

FEMA has buses available on the outskirts of town to evacuate people whose houses are uninhabitable. Those buses have gone back and forth to San Antonio twice - empty.

Unknown said…
Wasn't that hurricane supposed to have not been as awfully terrible as they'd been worried after all - none of them turned into 'the perfect storm' as they'd been predicting?
5:43 PM

MexicanYenta said…
No, actually, this one was far worse than what they had been saying it was going to be. Last I heard there were 400 people totally unaccounted for. Big chunks of the island of Galveston is wiped out - absolutely nothing there at all.
5:39 PM 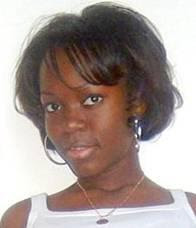 MexicanYenta
My brain never turns off. I share it here.